Charter schools currently play a “niche” role in New Hampshire public education.  The majority serve at-risk kids who probably would not graduate from high school without special help.  However, we are in the midst of a policy discussion about continuing role of charters in the State.  While there appears to be a widely-shared consensus supporting a continued role for charters the fill specific educational gaps in New Hampshire, some advocate for an expanded role. 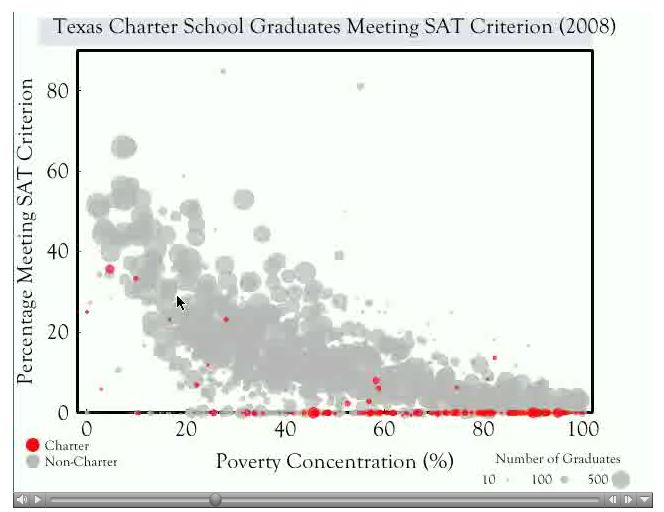 Prof. Marder’s team uses the same approach to review the results in Florida, California, New Jersey and New York.  The results are similar.  Click the graph.

By Bill in Charter Quality, Charters in other states on May 26, 2013.
← The unions make public schools bad, right? Actually, that’s not what the data shows. You’ve heard how US schools aren’t getting any better but, really….they are. →